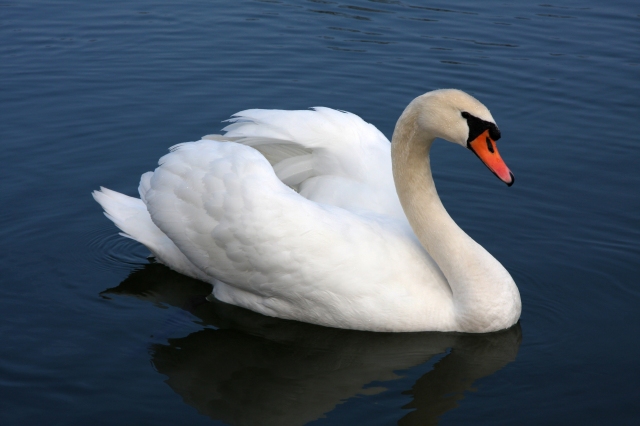 The mute swan is the largest waterfowl species found on Nantucket but is actually not a native species to the United States. Valued for its beauty and aesthetic appeal, it was brought here from its native Eurasia and was introduced to parks, zoos and private estates in the New York area during the late 1870s. By the early 1890s, it had escaped captivity and was breeding in the wild. Since then, populations have been expanding all along the east coast and year round populations now occur as far west as Montana. On Nantucket, large resident populations occur on Hummock, West Hummock, Miacomet and Long Ponds.

So what’s the problem?

Mute swans are much larger (25-35 pounds) and considerably more aggressive than native tundra swans, which overwinter in the northeast and are now rarely seen on Nantucket. Adult mute swans have been known to kill geese and other native waterfowl while defending their nesting territories (up to 6 acres). They can also be dangerously aggressive towards humans. 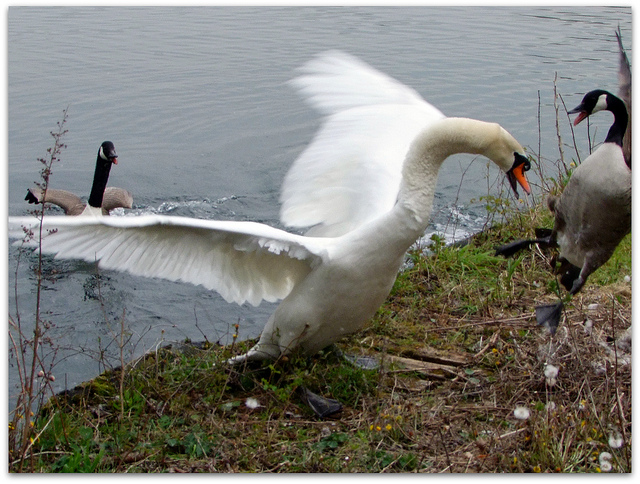 These birds uproot and graze heavily on underwater vegetation, reducing food availability for native ducks and geese and shelter for aquatic organisms such as fish and turtles. Droppings from large concentrations of mute swans also seriously degrade water quality. Some Nantucket ponds are already known to suffer poor water quality and large populations of mute swans are likely part of the issue. Another part of the problem is that due to their large size, adult mute swans have very few predators and therefore nothing to keep their populations in check. However, common snapping turtles have been known to prey upon cygnets (baby swans).

Due to their aggressive behavior and impacts on wetlands and native species, wildlife biologists throughout the United States consider mute swans to be a nuisance, invasive species. While they are no longer protected under the Migratory Bird Act, they are unfortunately protected under Massachusetts state regulations and there is no hunting season on them as there is on many other species of migratory waterfowl. In an effort to gain a better understanding as to how many and when and where swans are congregating on Nantucket ponds, committee members of the Nantucket Biodiversity Initiative have started conducting winter surveys. We will also attempt breeding surveys in the spring as well.