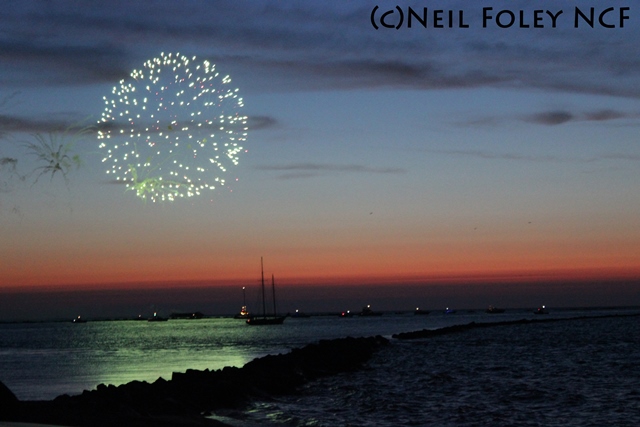 Another Nantucket summer is coming to a close along with a successful shorebird breeding season on Coatue.  The landscape changes from Juno and the stormy winter have been noticeable to the NCF team, but our birds are adept at nesting and raising families in an ecosystem marked by constant change.  Even with people in the mix.  This year’s chicks have taken flight on their newly grown wings and are quickly bulking up for their migratory journey.  It has been an incredible summer to live and work in such a remote and biodiverse location. Thank you to all of the people who have come out to enjoy Coatue this season, bringing great questions, observations, and enthusiasm for this beautiful part of the Island and the organisms that share it with us.

A typical Coatue day. A truck bed filled with invasive plants and a scenic view of the harbor.

Coatue is one of the best spots on the island for American Oystercatchers to nest.  The abundance of quiet shoreline and intertidal marshes are excellent habitat for this charismatic bird.  Piping Plovers often get a bad rap, but I usually hear people say “Well I like those Oystercatchers!” As do I.  To those Oystercatcher fans, it has been a banner year for these birds on Coatue and the Haulover.  15 nesting pairs raised a total of 20 fledged chicks.  With the help of the incomparable Edie Ray, we have put field readable leg bands on 13 of those 20 chicks from this year.  These bands will help us keep track of these birds throughout the year and let us know if they return to Nantucket in a few years to raise chicks of their own.  For more information on Oystercatchers and the use of bird bands, visit the American Oystercatcher Working Group Website.

Banding a chick on First Point.

Piping Plovers had a decent year on Coatue as well.  In 2014, all plover nests were lost to the 4th of July hurricane and depredation by crows and gulls.  However, this year we were able to fledge 2 plover chicks.  Each fledged chick is a small victory for a population on the rebound.  These birds typically don’t do very well on Coatue due to habitat overlap with nesting gulls.  We can only hope that next year builds on the success we had this season.

The Double-crested Cormorant  colony on the north side of Coatue has been an interesting thing to watch this year.  For some reason, the cormorants decided to abandon the nesting site that they have been using for at least 2 years.  They ‘picked up shop’ and moved eastward down the Sound Side beach to a previously uncolonized location.  This move could be for a number of reasons, including washover of the old colony site by winter storms, an attempt to escape neighboring gulls that depredate and parasitize the cormorant eggs and chicks, or to get further away from an area of high human disturbance.  Whatever may be the case, the new colony has about the same number of birds as last year and encounters much of the same hazards.  Some late nesting gulls set up territories very close to the cormorants, some within 5 feet of a cormorant nest!   All indications point to this colony continuing to grow and move, making it necessary for us to keep observing and understanding its impact on the north side beach.

The first Cormorant chick of the year! Eventually the colony was filled with over 150 begging chicks.

A Cormorant juvenile testing out its newly grown wings.

Birds aren’t the only focus of our work on Coatue.  The conservation and monitoring of native plant communities is always a priority.  Projects on Coatue this year included aging windswept Eastern Red Cedars, continued removal of invasive Yellow Horn-poppy, diagnosing pathogens in native tidal plain species, and documenting the flowering of native species like Pink Lady’s Slipper, Eastern Prickly-pear Cactus, Sea Lavender, and more.  Blooming with color and life, many of these plants thrive off the beaten path and away from the bustle of downtown.  Sometimes, a trip by boat, 4×4 or kayak is needed to experience the little wonders that this island has to offer.

The vibrant bloom of a native Prickly-pear Cactus in July. 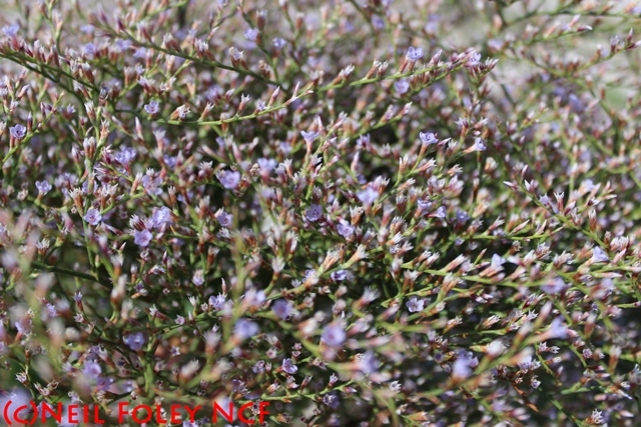 Sea Lavender: A collection of tiny, yet colorful flowers blooming in August. 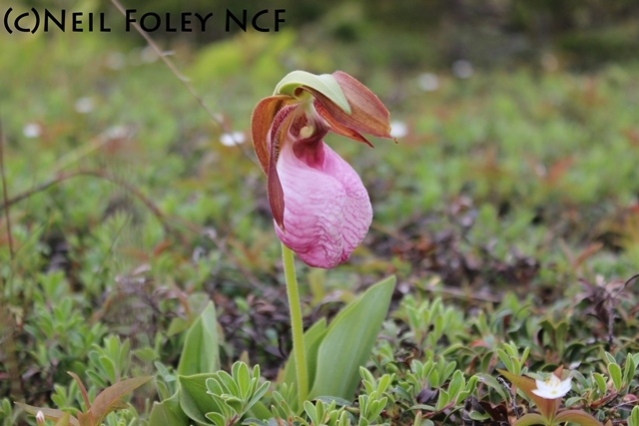 Seen in late May, these Pink Lady’s-slippers are only visible for a short time.

With a second summer as Coatue Ranger under my belt, I feel that I have only begun to understand the complex relationships at play.  People, plants, birds, and so much more; all enjoying the same shifting patch of sand and soil.  With dynamic change comes a constant need to maintain peaceful coexistence and manage this land for the enjoyment of humans and the continued survival of the species that were here before us.  There is no end to what we can learn from an ecosystem like Coatue, but the end of the summer season means that we must wait till next year to witness the vivid display of life bursting out in all directions.  I look forward to returning for it.

The Nantucket Conservation Foundation is a private, non-profit land trust that depends on contributions from our members to support our science projects, conservation property acquisitions, and land management efforts. If you are not already a member, please join us!

3 Responses to Island Solitaire: A Ranger’s Summer on Coatue