Rare Plants and Unique Wildlife on our Coatue Property

*Please note, this blog post was originally published in The Inquirer and Mirror on July 21th 2016 pg 6B in the article series Island Ecology. The Foundation’s Science staff will be regularly contributing to our local newspaper and reprinting articles here the following week.*

As we all know, Nantucket is unique in so many ways – our history, our quirky customs, our people. Each of us has a reason why we believe Nantucket is so special. As one who is inclined to be outdoors, what I find most fascinating about our island is our unique geologic and natural history.

The shape of Nantucket itself is quite unique, beloved and easily recognizable. One of the most recognizable landscape features of our island is the northern barrier beach known as Coatue. How this piece of land came to have its characteristic scalloped shape is quite rare geologically-speaking too. After the last glacier retreated, Great Point was an island itself, disconnected from the rest of Nantucket. Over time, with shifting shoals and drifting sand, dunes eventually filled in between the two islands, connecting Great Point to Coskata and Wauwinet. Coatue is believed to have developed after Nantucket and Great Point became connected, as this long, northward reaching spit of land interrupted the flow of the strong currents from the Atlantic towards the north part of the island. Sands drifted in on slower moving currents and were deposited from the east to the west creating the north-facing barrier beach. The scalloped shape of the cuspate spits that form the six points on the inside of Coatue facing Nantucket Harbor are an unusual feature that geologists believe formed and are maintained by just the right combination of the northeasterly prevailing winds in the winter versus the southwesterly winds of the summer along with the constant daily flux of tides in and out of the Nantucket Harbor. The prevailing winds and currents build up the points, while the tidal fluctuations move sand from the points and deposit it along the bends between them.

Today, most of Coatue from the fifth point, known as Bass Point, westward to Coatue Point at the east Jetty, is owned by the Nantucket Conservation Foundation and managed as a wildlife refuge. The Coatue Wildlife Refuge is a summer home for many rare, nesting bird species including American oystercatchers, piping plovers, least terns as well as songbirds like the saltmarsh sparrow, ground-nesting northern harriers, as well as herons and egrets. Over the last few years, we’ve also seen the development of some very unusual behavior by a colony of double-crested cormorants, which have begun nesting right in the dunes among all the gull nests!

Double-crested cormorant colony on the north shore of Coatue

Managing Coatue as a wildlife refuge also provides us an opportunity to protect some amazing habitat for very rare or unusual plants as well. While not a rare species, the dwarf red cedars on Coatue are thought to be quite old trees, perhaps upwards of 100 years. Other places across the island, cedars grow upright as normal trees. On Coatue, of course, they must do it differently! Due to constant wind and salt spray, their upright growth is stunted but they have adapted by growing prostrate to the ground, often with their trunks running along under the sand. As you move from north to south in the wider sections of Coskata and Coatue, the height of the cedars begins to increase as they are less influenced by the strong coastal winds. Researchers from UMass Amherst have been using ground-penetrating radar to study how the Coatue cedars are growing under the sand and questioning whether the parts of the tree that are above the ground are actually just multiple branches of the same individual. How many actual individual cedars are there on Coatue? Could they be growing similarly to how clonal species such as Aspen grow in the western US, where each tree is a genetic clone?

Clearly the plants that thrive on Coatue must be hard and able to withstand frigid winter temperatures, occasional ocean overwash during nor’easters, salt spray and the nearly constant wind. That anything survives out there is a miracle to me, but there are a few plant species whose tolerance to such harsh conditions is baffling. As child growing up in Connecticut, I would scour the dark, conifer forests in the late spring in hopes of finding a single, pink Lady’s Slipper. These members of the orchid family are rare and generally known to inhabit mossy or rocky slopes in pine and hemlock forests. Nothing at all like what is found on Coatue! I still am shocked when, year after year, large patches of these amazing orchids pop up in the sandy, dry, exposed soils of Coatue among all the bearberry!

Having lived for many years in the desert southwest, I still find it most bizarre to see cactus – lots and lots of eastern prickly pear cactus (Opuntia humifusa) – in amongst the dunes and beach grass of Coatue. Indeed, Coatue is one of the only places you can find the eastern prickly pear in the Commonwealth and it is quite easy to spot right now as it is in full bloom with bright, showy, yellow flowers. To see it though, you’ll need to wade through the fields of poison ivy and swarms of greenhead flies so beware! In my opinion, it’s worth the fight to see this plant that just seems so oddly out of place and you just have to see it to believe it! It has bright green pads that grow along the ground so as to avoid the wind, and tends to lack the long, sharp spines of your classic western prickly pear species. It does however have many small, irritating hair-like spines called glochids that can become imbedded in your skin and are a nightmare to remove, so best to admire without touching. Bright red edible fruits will develop later in the summer. This is a plant that does not tolerate shading by other taller species so does quite well on Coatue as the constant wind keeps most plant growth quite stunted. The eastern prickly pear is afforded the highest level of protection by the Massachusetts Endangered Species Act and is listed as Endangered due to its very limited distribution within the state. I encourage people to go see this rare and beautiful plant but please leave it right where it is.

Coatue is certainly a gem that we are so lucky to have. From so many places on island it seems just a stone’s throw away, yet is actually quite remote and hard to access without a boat or sturdy four-wheel drive vehicle. If you can get there, we at the Nantucket Conservation Foundation welcome you to enjoy what we think is one of Nantucket’s truly unique landscapes and all the natural wonders it has to offer. Remember, we are nearing the end of shorebird nesting season and many of the chicks are just now learning to fly. If you see fencing along the beach, please steer clear and view the birds from afar. Maybe you’ll be lucky enough to witness the first flight of one of our oystercatcher chicks! 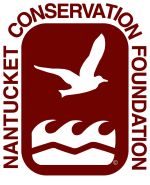 The Nantucket Conservation Foundation is a private, non-profit land trust that depends contributions from our members to support our science projects, conservation property acquisitions and land management efforts. If you are not already a member, please join us!  www.nantucketconservation.org